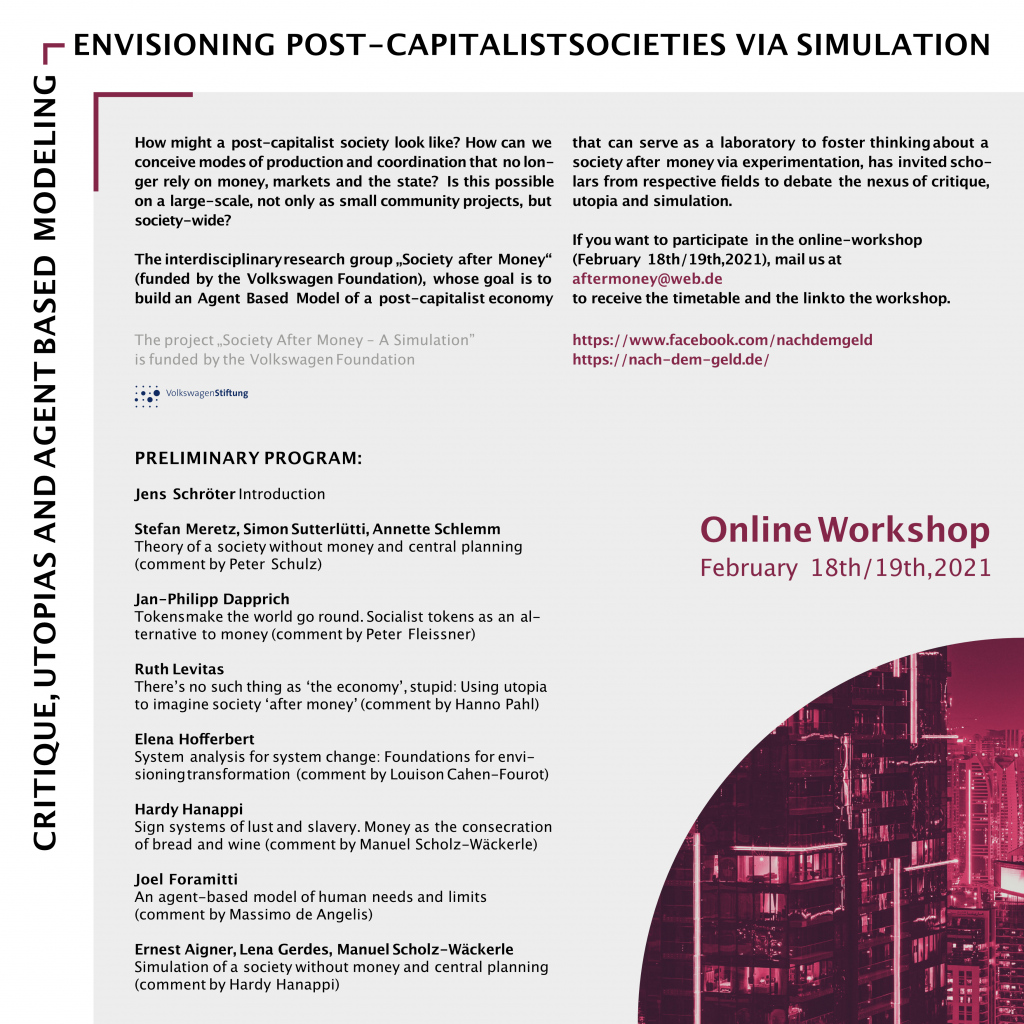 How might a post-capitalist society look like? How can we conceive modes of production and coordination that no longer rely on money, markets and the state? Is this possible on a large-scale, not only as small community projects, but society-wide?

The interdisciplinary research group „Society after Money“ (funded by the Volkswagen Foundation), whose goal is to build an Agent Based Model of a post-capitalist economy that can serve as a laboratory to foster thinking about a society after money via experimentation, has invited scholars from respective fields to debate the nexus of critique, utopia and simulation.

to receive the timetable and the link to the workshop.

Jan-Philipp Dapprich
Tokens make the world go round. Socialist tokens as an alternative
to money (comment by Peter Fleissner)

Ruth Levitas
There’s no such thing as ‘the economy’, stupid: Using utopia
to imagine society ‘after money’ (comment by Hanno Pahl)

Hardy Hanappi
Sign systems of lust and slavery. Money as the consecration
of bread and wine (comment by Manuel Scholz-Wäckerle)